The Circassians in the Middle East

The Circassians arrived to the Middle East in 1878 and were dispersed by the Ottomans in important and strategic border areas of the empire. Thus, a large population was settled in Amman, the Golan Heights, and Syria. The Circassian population in Israel is one of the smallest Circassian populations in the world and also one of the smallest minority groups living therein. All Circassians in Israel number about 5000 people and are concentrated in two villages in the Galilee: Kfar Kama in the Lower Galilee, and Rihaniya in the Upper Galilee. In the past there was another Circassian settlement near Gan Shmuel, but its inhabitants abandoned it in 1910 due to the spread of malaria.

The Circassians originated in the Northwest Caucasus, and there is a whole body of archaeological, cultural and linguistic evidence that confirms the fact that they created a stable civilization from modern Abkhazia through Sochi to the Crimea, at least from the period of the third millennium BC. It was during this era that animal herding, the staple of Circassian life, became widespread throughout the Northwest Caucasus. It is probable to assume that the Maikop culture may have been responsible for the domestication of the horse. The most impressive monuments to this culture were, first of all, huge burial mounds. Several sites have been found throughout the Caucasus filled with gold and silver ornaments. Second, the Maikop peoples left behind many artifacts that testify to the high level of their metalworking. Pots, knives, axes and other implements made of bronze and, to a lesser degree, copper, have been found in large quantities. Maikop ceramic pottery was likewise of an exceptionally high quality. Finally, the Maikop peoples built dolmens: small stone burial chambers that are found in many places throughout Europe. These dolmens have been found from Sukhumi in the south to Novorossiysk in the north; in other words spreading out from both directions from Sochi. The strategic importance of their homeland and being a bridge between Europe and Asia, together with a way to the Black Sea, has made it fertile ground for repeated attacks for more than two thousand years. The name Circassians (self-designation "Adyghe") were given to them by the Mongols – meaning:  “the one who cuts off a path,” a hint to the Circassians’ geographical position and their stubborn defense of their territory. Since then, from the beginning of the 13th century AD, they have become known in the world as Circassians in their homeland Circassia, which appeared on the world maps until its conquest by the Russian Empire at the end of the 19th century. 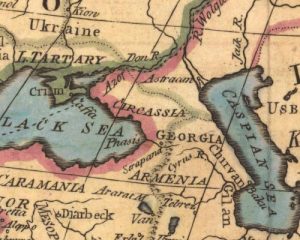 Occupation, genocide and the expulsion of the Circassians from their homeland

The territorial ambitions of the Russian Empire towards the Caucasus began in the 16th century and grew even stronger in the days of Peter the Great. But the beginning of the Russo-Circassian War according to most historians was in 1763 with the construction of the first Russian fortress in the northeast of Circassia. During 101 years of war, the Czar's armies pursued, burned, raped and murdered the Circassians, and the result was a great devastation and near total annihilation of the entire Circassian people. According to cautious estimates, 1.5 million Circassians were murdered in what was the first genocide in modern times and the greatest humanitarian disaster of the 19th century. More than two-thirds of the people living in Circassia were annihilated, and 90% of the remaining survivors were brutally expelled to the Ottoman Empire. To this day, many Circassians in homeland and diaspora commemorate the 21st of May – the day their homeland was occupied – as a memorial day, while dreaming to return their historic homeland and trying to gain support for their right to self-determination. 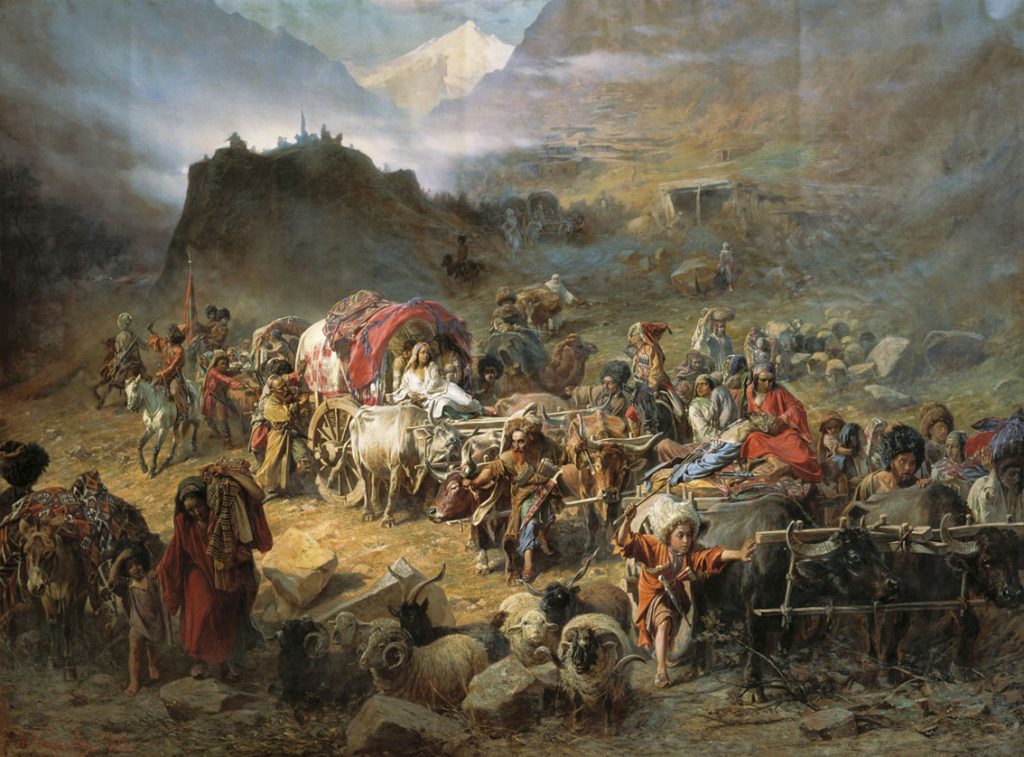 Shami’s House was built at the end of the 19th century, at the edge of the first ring of the ancient settlement of Kfar Kama. It received its name from the Arabs by the name of the person who commissioned it, Circassian from Syria (in Arabic: 'a-Sham'). Therefor – 'Beit a-Shami' – the house of the Syrian. In Circassian, Shalakho Wonne – the miller's house – was named after the owner's family in the Circassian language, which, unsurprisingly, managed a successful flour mill. This mill was particularly prominent because it worked on an engine and was not based on animals, which made it very popular mill in the North. A two-story building stands next to the flour mill. On the lower floor and in its courtyard were riding animals and other farm animals. And on the top floor, there were four guest rooms with a decorated ceiling and a beautiful floor for the guests. In the backyard of the compound were the family's residences, as well as a storeroom and a grocery store.

After a long period in which Shami’s house was left abandoned, Kfar Kama municipal council together with ‘the council for conservation of heritage sites in israel’ decided to preserve and renovate it with an aim to make it to a Circassian heritage center in the future. In 2009, the center was inaugurated by the then President of the State – Mr. Shimon Peres, and since then hundreds of thousands of visitors from Israel and around the world have passed its gate.

The visit to the center includes welcoming by local guides, a lecture and an audio-visual spectacle on thousands years old history of the Circassians and a tour in the museum's rooms. On the tour you will hear about the exceptional customs of the Circassians, some of which that are largely preserved for more than 150 years in the diaspora.

Around the walls of the flour mill hall, you can find the Circassian Genocide Documents Exhibition, which presents a sample of documents, maps and archival photos, detailing the atrocities committed by the Czar’s forces during the war and genocide. Alongside the documents in Russian, translated sections are presented in Hebrew, English and Arabic for the diverse audience.

The exhibition in the museum rooms is divided into several themes from the life of the Circassians, which are narrated through authentic items from the Caucasus. Visitors to the museum will be impressed by the unusual costumes of Circassian men and women, as well as the beautiful lace and embroidery art. Later, visitors will be able to see the special cradle that is being used by many Circassians to this day. And also the musical instruments and weaponry that were intrinsic part of their way of life. In the other rooms they will find variety of cooking and kitchen utensils as well as agricultural and craft tools that have been used by the villagers for years.

Often times, visiting the Circassian Heritage Center gets another touch of excitement when the Circassian dance performance is added to it. In this show, a pair of dancers dressed in traditional costume performs several excerpts from the noble and spectacular Circassian dance. The show becomes even more enjoyable when they invite a couple of guests to experiment with some of the circus steps. Groups wishing to add the dance section to their visit are invited to coordinate this before arrival.

Children up to age 6: Free

Find us on Google maps and on waze app